What you will get with the app

General news about the product and blog posts

All you need to know about the aurora or the Northern Lights. Find all information about the Northern lights in the easily understandable way in one app. 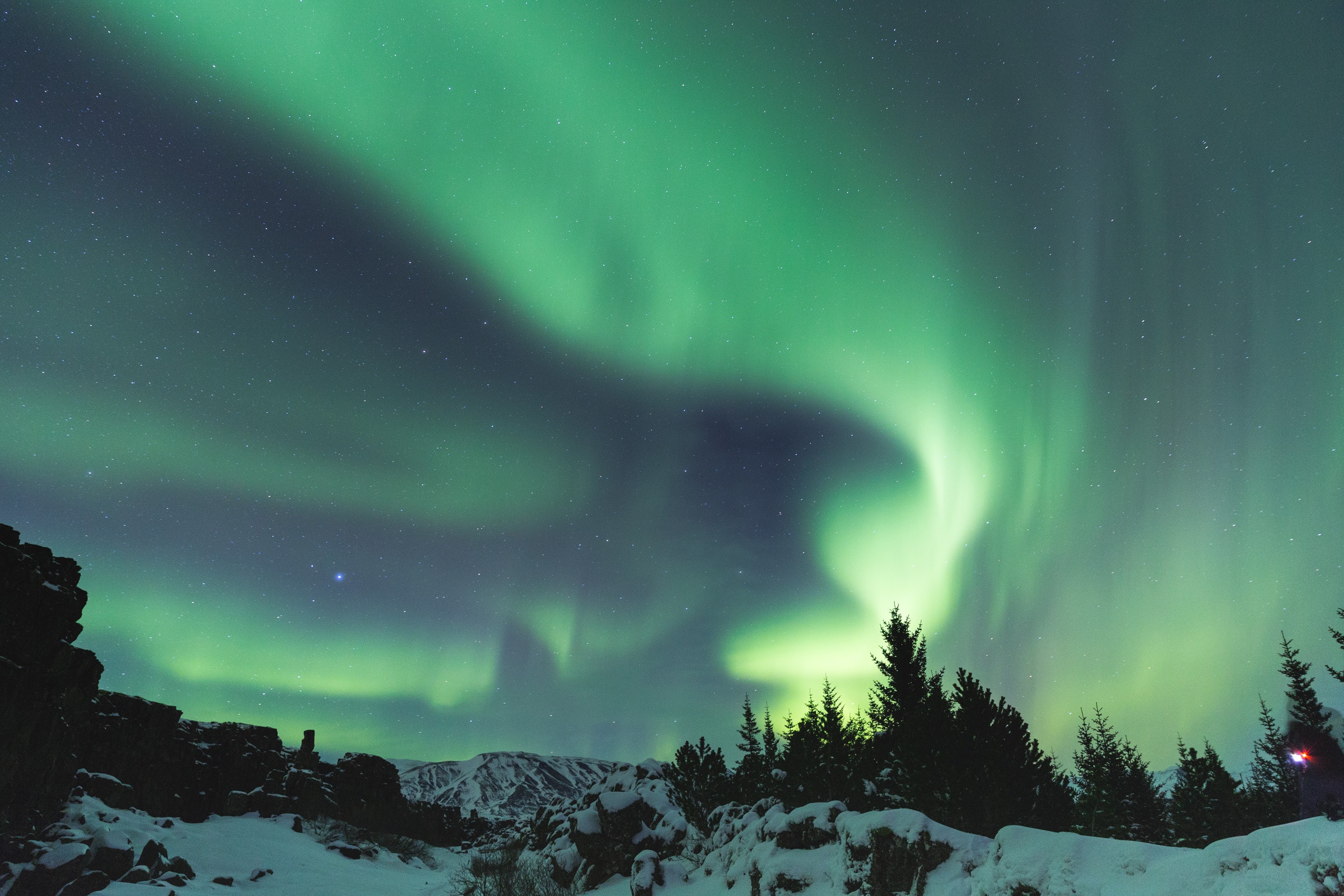 Aurora borealis or as many of you know her as Northern Lights. It is a natural phenomenon that you can spot in the dark sky, which is very active in the poles during wintertime when the days are short, the sky is dark and it creates some impressive green, purple, red, or blue lights dancing in every direction. However, there are multiple factors to see them, and we will explain them to you now.

The aurora is displayed when the solar wind strikes atoms in the magnetosphere. The disturbance will cause the electrons in the atoms and move to a higher-energy level once the electrons drop back to the lower level it will cause a fantastic light on the sky, and that’s how aurora borealis is created.

How to see the Northern Lights?

After the scientific introduction, let's talk about the different factors that you will have to look at to be able to see Northern Lights, and all of them together give you a chance to see it during your chasing night. With hello aurora app, you will have all these explanations within the app along with other fun features to help you see the aurora easier!

In March 2020, we started using real-time data coming from magnetometers and provided with the help of multiple spatial agencies around the North Pole. A magnetometer is a device that measures the fluctuation of the aurora in the Earth's magnetic field.

When the value measured is dropping quickly in the negative (~-150nT), it means an aurora has a high chance to be dancing in the sky, and is called a substorm. The lowest it gets, the stronger the aurora will be. We are then talking about magnetic storms.

When in the opposite the value is growing a lot, it can mean the aurora is charging (~150nT) and will release with a display in the next few minutes or will come back to an average value (~5nT) until the next fluctuation.

When you are walking outside, and it gets windier, there is more chance that you notice it and feels it. It's the same for solar wind; the faster it gets, the more likely aurora will be bright, shifting and that you will see it.

Planet earth has two poles: north and south. Let's take an example of when you have two magnets, and you bring them close to each other, they automatically attract themselves. It happens the same when the north-south orientation of the interplanetary magnetic field is pointing southward. It will attract the Earth's magnetosphere that is looking northward, which will perform destruction with the Earth's magnetic field and allow particle strikes with oxygen and nitrogen atoms to sprinkles down on our atmosphere and beam lights, which we see as aurora.

The clouds coverage forecast will help you to find the best position to spot the Northern Lights. With it, you can locate and predict the cloud’s movement and your chance to see the Northern lights will be higher when the sky is clear.

Finally, the weather is an important value to look after. You don't want to go out chasing Northern Lights when there is storm alert in your area. Be careful, and drive safely, and stay home when the condition is too dangerous!

The KP index is one of the most known data for aurora. Related to the disturbance in the Earth's Magnetic field, it expresses the scale of activity on a level from 0 to 9. The higher it gets, the more chance you will see the Northern Lights far from the center of the Pole. Even though KP index is a very popular data among aurora hunters, unfortunately, it has proven to be wrong many times as it only compounds the Northern Lights' strength for the next 3-6 hours.

Substorm activity during one night in Tromsø. The more negative (nT) it is the more chance you have to see aurora.

How to find the Northern Lights?

You can find the aurora borealis in the high-altitude regions such as Iceland, Alaska, Canada, Norway, and many great places that are located above 60 altitudes.

The best way to locate the Northern lights is to find where the cloud's coverage is clear, and the possibility to see them will be higher on that location. Besides the cloud coverage, another thing to have in mind when hunting is that you should be careful with light pollution. Many may have wondered if it’s possible to see the aurora in the city? Yes, our 2020 and 2021 aurora location reports pointed out that you can actually see the aurora in the city even the large city such as Stockholm so it's true that you can see the aurora even with high light pollution but it's always better to find a darker place for better vision!

If you are in Iceland, Norway, Sweden, or Finland we have created useful articles gathered from our data. Check out the best places to see the Northern Lights in 2020 in Reykjavík, Iceland, Norway, Sweden and Finland! And if you are already in the Northern Lights countries, turn on the notification on the hello aurora app and we will send you the notification when the aurora activity has increased or when someone already spotted the aurora so you will never miss the aurora again!

When can I see the Northern Lights?

Aurora is active all year but you will not be able to spot them during the summertime due to brightness especially in the Nordic country where they have almost 24 hours of daylight in the summer so winter is the ideal season. By winter, we meant from late August to the beginning of April. Thanks to the short sunlight hours, you might be able to spot the northern light starting from when the sun is completely set.

What is hello aurora?

Wondering what is hello aurora and what this friend will help your life easier when it comes to Northern Lights hunting?

Hello aurora is a free mobile application available on App Store and Play Store, the app will act as your best friend when it comes to finding Northern Lights. Many of you may feel exhausted and bored when trying to understand the possibility of seeing the Northern lights. You can forget about the unnecessary worries now! Because this friend will teach you how to understand the Northern Lights forecast and the possibility to see it on your current location in the easiest way. Whether you are a professional aurora hunter or a beginner hello aurora is made for you. The app also allows you to share your location when you see the aurora along with allowing you to see other's people location when they see the Northern Lights. With hello aurora you will never miss aurora again as the app will send the aurora alert to your phone. The app offers many more features and if you are wandering around in the cold winter night, you would like to download this aurora forecast application and bring them around with you on your Northern Lights hunting trip.